Registering for CPD Fest 2022 couldn’t be more straightforward. We have three packages for you to choose from – 8 hours, 16 hours and 24 hours of CPD – allowing you to customise the event to your own specific needs.  Once purchased, pick ‘n’ mix the topics of most interest and relevance to you from any of the sessions running across the week of CPD Fest 2022.

The 12 Gifts Of CPD Fest

Over the coming weeks we are going to give you advance access to hugely valuable extracts from the note packs The CPD Fest & The Essential Advisors’ Mix.

With The 12 Gifts of CPD Fest you will get guides, financial statements, checklists, tools, tax papers, letters of engagement and reports all the way up to and including the kitchen sink!

Registration for The 12 Gifts Of CPD Fest is free, quick and straight forward and you can do so here:

Register For The 12 Gifts Of CPD Fest

FRS 102 is a relatively straightforward standard but there are a number of difficult issues when implementing the standard in practice. The course should help those accountants preparing financial statements under FRS 102 to better understand those issues particularly as practical examples are provided in the session.

The key topics that will be covered in the session include the following:

By attending this session, it will be easier for delegates to understand some of the key problems in implementing FRS 102 and be able to apply the standard in a more cost-effective manner.

Climate change is the key societal issue facing the world in the twenty first century. Financial reporting is not immune from this process and the Financial Reporting Council (FRC) published an initial Factsheet in November 2021 to aid preparers of financial statements under FRS 102 cover the topic.

In addition, a new International Sustainability Standards Board (ISSB) has been set up to develop specific standards for listed companies. These will undoubtedly be implemented in a simplified form into FRS 102. The session course should help those accountants preparing financial statements under FRS 102 to better understand the likely impact of climate change on their financial reporting.

This session will look at the following key issues affected by developments in this field from the FRS 102 Factsheet 8 Climate Related Matters:

By attending this session, it will be easier for delegates to understand how this important new topic can be implemented in practice.

FRS 105 has been a very successful standard in helping companies to minimise the detail that has to be presented in their financial statements.

However, a number of problems arise when companies have to migrate from the micro regime of reporting under FRS 105 to the smaller entity regime in FRS 102 Section 1A or even full FRS 102. It is important that accountants are aware of the main differences between the two standards as there are no transitional arrangements when switching from one regime to another.

The key differences discussed in the session are:

By attending this session delegates will be made aware of the problems that arise when transitioning from FRS 105 to a higher level of reporting.

Financial accountants need to constantly be aware of the most recent developments in financial reporting so that they can advise their clients on the likely impact of any likely changes on their financial statements.

This session will cover both the likely major changes to FRS 102 as a result of the triennial review commenced in March 2021 as well as the major changes taking place in international reporting which will ultimately impact FRS 102.

The major changes likely to impact the future preparation of financial reporting under FRS 102 will include:

By attending this session delegates will be made aware of the likely changes arising from the most recent developments in financial reporting and will be able to advise their clients on the probable impact the changes will have on their financial statements.

Robert qualified in first place in 1975 as an Irish Chartered Accountant after graduating in Economics from Queens University. He trained in practice with Price Waterhouse and later worked in industry with a subsidiary of Shell (UK). His teaching career started with Business and Accounting Training (now Griffith College) in Dublin where he taught mainly on the professional examination courses for ICAI, CPA, CIMA and ACCA in Belfast and Dublin. In 1984 he was appointed a full time lecturer in Queens University and later moved to Ulster University in 1992 as a Senior Lecturer. In 1994 he was appointed to the Chair in Financial Reporting at Ulster.

Robert specialises in the teaching of and research into the development of accounting standards in the United Kingdom. He has published 18 books and numerous articles in both academic and professional journals. His latest publication (co authored with Stephen McNamee) is the second edition of ‘A practical guide to UK and Irish Gaap’ (May 2020) (552pp) published by Chartered Accountants Ireland.

He has lectured extensively within Ireland and Great Britain on the subject of accounting standards to such diverse organisations as British Gas Plc, The Post Office, British Aerospace Plc, East Midlands Electricity, The Prison Service, the Department of Enterprise and Employment, Sheffield Teaching Hospital, NATO, Royal Bank of Scotland, Bank of Ireland, John Laing Plc, Barclays Bank, Deloitte & Touche (Dublin) and Reed International Plc and has become one of the main CPD speakers in that field over the last fifteen years for The Institute of Chartered Accountants in Ireland (ICAI), The Chartered Institute of Management Accountants (CIMA) and the Institute of Certified Public Accountants in Ireland (CPA). He also lectured on several occasions for The Chartered Institute of Public and Finance Accountants (CIPFA) and The Chartered Association of Certified Accountants (ACCA).
In the last few years he has lectured on international financial reporting standards to major companies in Cyprus, United States, Bahrain, South Africa, Zambia and Ghana.

CPD Fest is brought to you in association with Xero. 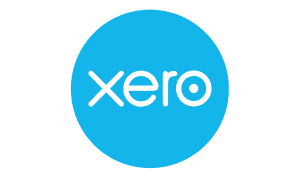